African-Caribbean retailer and wholesaler Samis said they had to put up prices to make up for a rise in costs, but this has meant a reduction in spending by customers. The business, which employs 35 people at its stores in Birmingham and Northampton and also sells online through its website, says it has witnessed a doubling in the cost of products it sells even before the pandemic.

Co-founder, Olusegun Akande, said: “I think it started after Brexit, as imports were taking a lot longer because of documentation etc, then it became worse during Covid because of lockdown and imports from other countries.

“I would say it’s gone up as much as 85 per cent in freight alone because of the extra charges that we are now incurring, and the scarcity of volume of supply.” In response, they put prices up, as he says he could not cut costs in terms of staff and bills, with the cost of premises also increasing.

“We haven’t put the price up in comparison to the rise in inflation, as this would affect customers too much. This means that the ratio doesn’t align, so we are taking a bigger hit, now more than ever.

“For example, our local logistics have gone from 8 per cent to 25 per cent and on top of that we have 20 per cent VAT.

“There is no resting place or respite. Electricity for domestic and commercial has gone up, cost of packaging has gone up, and now we’re seeing new taxes such as the plastics tax on top of it. We are getting hit left, right and centre.”

But the hike in prices hasn’t gone unnoticed to customers, with the business noticing a reduction in spending.

“Customers have not been happy, for example a regular customer who shops with us weekly sent an email to ask if her shopping cart total cost was an error or if the system playing up.

“We had to explain that this is the reality now. This has then had a knock-on effect, as spending has decreased, with customers cutting down wherever they can do.”

Samis, like some other retailers, took a hit from the pandemic and did not start to recover until after the third lockdown last year.

“We took out a bounceback loan to help with costs of bills and are still paying it off now,” Mr Akande says.

And adds: “Our concern is a looming recession. We don’t know what we will do when that happens. If it does happen, we won’t have any more money to offset the cost.”

This site uses Akismet to reduce spam. Learn how your comment data is processed. 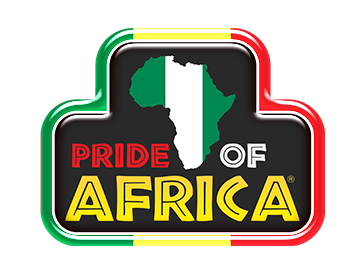